This January 20-22, Festival goers will be entertained by dancing fire spinners and towering fiery art in Telluride Mountain Village, and also be captivated by larger-than-life fire installations on the Telluride Ski Resort, atop the gondola.

Local fire artist and architect, Anton Viditz-Ward will have his magnificent Fire Spinner on the ski slope. Guests attending the Saturday night Fire Ball will have the opportunity to view his interactive fire installation as well as other fire sculptures on a backdrop of glistening snow, 10,000 feet above sea level.

The Festival honors many artists whose works of fire art can often only be witnessed at Burning Man in the Nevada desert of Black Rock City.

The annual Telluride Fire Festival begins January 20 with fire performances and fire art installations in Telluride’s Mountain Village, 5-8pm Friday, Saturday and Sunday nights. The outdoor experiences are offered are free to all.

Anton Viditz-Ward
Master welder, artist and architect, Anton works his magic in an abandoned mine just outside of Telluride, which he uses as both a studio and starkly minimalist backdrop for creating and showcasing his spectacular, fiery creations. Working with heavy steel on a large scale, Anton constructs three-story tall “creatures” that he loads with wood, torches and spins via man-powered axles—remarkable to witness in person. Anton has received many grants over the years from Burning Man to bring his art to the desert.

Artist Reception at Telluride Gallery of Fine Art
Renowned Burning Man photographer Scott London will be hosted at the Telluride Gallery of Fine art with a kick-off reception Thursday, Jan. 19. Scott is a photographer and journalist based in southern California. His photographs have been widely published, appearing in books, newspapers and magazines in more than 30 countries. Publications include Rolling Stone, Vanity Fair, Newsweek, The Atlantic, Wired, Fast Company, GQ, Architectural Digest and National Geographic Traveler.

His work has also been exhibited across the U.S. and Europe. Highlights include the “Living” exhibition at the Louisiana Museum of Modern Art in Denmark and the “Art in an Ephemeral Age” show at the Institute of Art and Ideas in England. His book Burning Man: Art on Fire will be featured at Between the Covers bookstore and Scott will sign books at the reception. 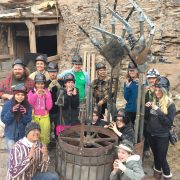 Student program was a resounding success! 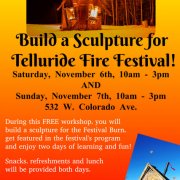 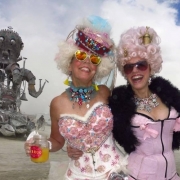 Help us bring amazing art to Telluride for Fire Festival 2018 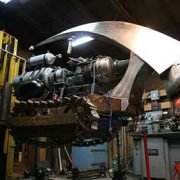 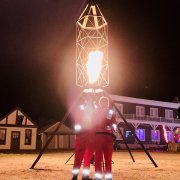 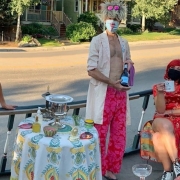 Want to Volunteer? Link is below.

Volunteer Application Form
Dance of the Sacred Fire returns in 2017!A Shack To-Hell-U-Ride Thank You!
Scroll to top